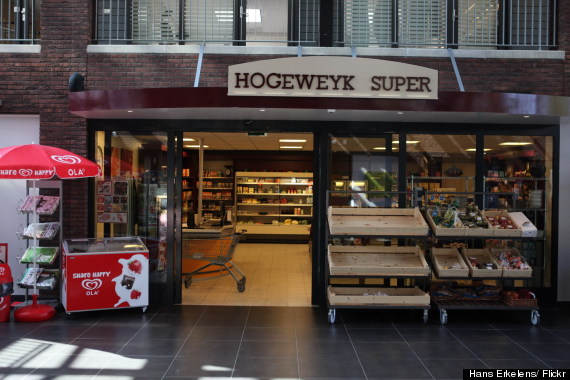 At Greenwood we are constantly looking for inspiration from other care providers. We read about this provider in Holland which is using innovative techniques to care for Dementia patients in a residential setting.

Unfamiliar settings and routines can be amongst the greatest causes of distress to those suffering from dementia and Alzheimer’s. However, the need for round-the-clock care for those with severe forms of those conditions often means that remaining at home in familiar surroundings is not a viable option. To counter this problem, a Dutch nursing home has pioneered a new approach to residential care for dementia patients that prioritises their comfort, independence and social interactions.

It was the realisation that she was glad her father had not spent his last years in a residential home that prompted care-home manager Yvonne van Amerongen to start to rethink her approach to dementia in the 1990s. In 2009, van Amerongen’s company, Hogewey, was able to move into a specially designed complex in Weesp, 15km south-east of Amsterdam, which now accommodates 152 dementia sufferers cared for by around 250 staff.

Residents have a private room in communal flats shared with five or six other patients. This encourages social interaction and facilitates involvement in communal tasks and activities, such as the preparation of meals. To maximise comfort and the compatibility of co-habiting residents, each of the 23 flats is furnished in accordance with one of seven traditional Dutch ‘lifestyles’, ranging from ‘high class’ to ‘Indonesian’. The families of prospective residents choose the environment which most closely reflects their relative’s background, thus ensuring those with similar interests and experiences live together.

The ‘village’ is entirely enclosed, with a front entrance that can only be operated by nursing staff, so physically active residents are able to wander supervised, but unrestricted, both indoors and out. All of the facilities are run ‘in-house’, which means both that staff are specially trained to deal with dementia sufferers and that, for example, there are no repercussions for residents that forget to pay for items in the supermarket or café. Social workers and nurses wear plain clothes and try not to correct residents, but there is no active deception about their situation – simply no prominent reminders that they live in a care home.

Although there have not been detailed studies, van Amerongen claims that the new regime at Hogewey has led to residents living longer. Certainly, the better quality of life is often noted, while the waiting list for prospective residents also attests its success. Hogewey only accepts those with severe dementia as the group most in need of its 24-hour care, and it costs residents around €5,000 per month, which is in line with other residential communities.

It is van Amerongen’s aspiration that Hogewey will eventually be able to accommodate the partners of residents, who currently make regular visits to spend time with their loved-ones. For now though, it might be enough if Hogewey were the spark for a re-evaluation of end-of-life care across the Netherlands and beyond.